1st BVIslander to Compete in Olympic Skiing – Q & A 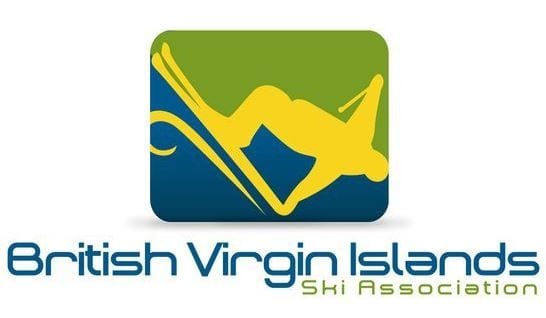 Skiing would not be the first sport you would think about when it comes to the BVI and the activities inspired here, but for one BVIslander, it has been a sport he has passionately pursued for 12 years.

With the powerful ambition to compete in the Olympics, Newbie spoke with Peter Adam Crook about his pursuit and drive to reach the professional level he has achieved as a half-pipe skier.

Q) How long have you been skiing for?

A) This will be my 12th year skiing. I started in 2001 when my family and I moved to Wisconsin from Tortola.

Q) What made you decide to start the community group British Virgin Islands Ski Association?

A) As a BVIslander, I formed the BVI Ski Association in order to begin building points towards the Olympics by competing in World Cups under the BVI.

Q) How has it translated in the BVI?

A) The concept of the BVI Ski Association and what it represents has been received well by the community. I’ve spoken to the students of St. Georges School and Cedar School to inspire the kids and let them know that if they work hard enough at something they can achieve anything. Speaking at both schools was a really awesome experience, and particularly Cedar as I attended school there until the time my family temporarily relocated to WI. The people of the BVI seem to be interested in my sport and I hope to continue to represent the BVI in international competitions to the best of my ability. Q) Are there other athletes affiliated with BVI Ski Association?

A) I am currently the only athlete associated with the BVI Ski Association as there are no other BVIslanders competing in skiing competitions. We have a Facebook page that allows people to follow me through my travels and receive updates as to how I am doing throughout my competition season. Skiing is obviously not something that you can come by in the BVI, but I feel it would be really cool to see kids in the BVI want to become skiers.

Q) Where was your skiing education?

A) I first began skiing when my family made the move to Wisconsin in 2001. In my middle school we would have ski days for gym class where we would spend the whole day at the local ski hill. This would happen about once a month if I remember correctly. I began to really enjoy skiing and I did it with all of my friends in Wisconsin. When I began high school my parents let me go and look at a ski academy in Crested Butte, CO to further my skiing abilities. I went to school in Crested Butte for half of a year and the next year I made the move to the Vail Ski and Snowboard Academy where I finished out my high school career. While attending these academies we would ski 5 to six days a week in the morning, and I would then attend classes in the afternoon. My school was more lenient for days missed while traveling for competitions. This made it a great way to attend school while being able to train and compete in skiing at the same time throughout the school year.

Q) What competitions will you be competing in leading up to the Olympics?

A) Leading up to the Olympics, I will still be competing full time like any other year. I have a couple of World Cups as well as several other half-pipe events mixed in before February.

Q) What’s the most challenging thing about half-pipe skiing?

A) I would say one of the most challenging things about halfpipe skiing is having a good mind set. If you aren’t confident going into tricks or a run during a competition, the odds of you landing your run are much less likely. I’ve found that being confident in myself from the time that I wake up until I’m completely done with the contest is crucial for my performance. It’s also a lot of time on the road so traveling can be somewhat stressful and you definitely get used to living out of your suitcase for longer periods of time.

Q) What are your plans after the Olympics?

A) After the Olympics are done I will probably take a little bit of a break from skiing, but I plan to finish out my season strong and continue to compete through April. I’m giving it my all this year.

how to retire or what are retirement requirements