Plantation Villa originated as the owner’s residence.  Construction was completed in 1981.  As municipal electricity did not arrive on island until 1995, the house was designed with an open floorplan, to maximize the trade breezes.  Now, each bedroom benefits from very efficient and quiet split unit air conditioners.  However, little tops sleeping with all the doors and windows wide open, to hear a frequent rain squall pass by during the night.

The villa boasts a great room with a “Country Kitchen” and huge double doors that open to a 10’ X 25’ deck, overlooking the iconic White Bay beach.  The kitchen is fully equipped, with microwave, stove/oven, excellent cutlery, breakfast island countertop, spices, cutting boards, coffee maker, French press, full size fridge/freezer, all dishes and flatware.  There is a large BBQ outside.

Just off the kitchen is the “Bunk Room”, a newly renovated ensuite bedroom with a pull-out king sized bed and a twin bed that hangs from the wall, Pullman style.  It has a large “Smart TV”, and X-Box, making this room perfect for children, or domestic staff, as it is directly off the kitchen.

Down the passionflower-covered breezeway are the two guest rooms, one with a queen bed, the other, a king.  Each room has a ceiling fan.  They are separated by a common shared bathroom and huge walk-in closet/dressing room.

Up the stairs is the amazing Master Bedroom, with King bed, ceiling fan, private modern bath, and spectacular 10’ X 14’ deck, with delicious breezes and views of all of White Bay.  The piece-de-resistance is the third floor Tower, accessed through the Master Bath, and up the ladder steps, where you will find your own, private hammock.  The views, breezes, and privacy are unparalleled.

There is a fully equipped kitchen, with ceiling fan, microwave, coffee maker, French press, fine cutlery, cutting boards, spice rack, and all flatware and dishes, pots and pans one would need.

Beyond the kitchen area is the bathroom, with ceiling fan, large shower, and vanity.

In the living/dining area, there is a large flat screen TV, cable, telephone, very high speed internet, and breakfast counter.

Just out the front door is the newly installed Apartment Patio, a 20’ semi-circular patio with its own café table and chairs, bbq, and stunning views of the Bay.

Plantation Villa is one of the closest to the ocean and beach, accessed 500’ down the pathway leading from right in front of the house.

“We Stayed in January and had a wonderful time. We rented a 3 Bedroom Villa and it was very clean and the views were spectacular. Everything was open and there were nets around your bed to protect you from bugs/mosquitos. There are little tiny bugs that are on the kitchen counter that you can hardly see (you are in the Caribbean) so you have to make sure everything is secure in baggies. I recommend renting a car. We took a taxi when we went out and it was very expensive. The walk to the beach and to the Soggy Dollar is quite a ways. You have to walk up and down a steep hill so if you have bad knees or not in good health you might not like this. Beaches were beautiful. The food on the island was just okay (we are foodies). I would recommend provisioning as best you can before you get to the island as it is very expensive. We were lucky to visit one other time by boat and this time stayed on island. I prefer to visit by boat. Not much going on at night. We went to make reservation on Friday night at the Soggy Dollar and was told there is no food on Fridays (probably waiting for the next shipment of food to come in). Overall, breathtakingly beautiful, very quiet, very safe, island.” Trip Advisor Review June 27, 2016

“My son was married on the sands of White Bay on Sunday, May 22, 2016. I believe the wedding party rented all but one of the units at White Bay Villas and Cottages for the week with some spill-over at other rentals along the bay. Debbie & Chris and their staff could not have been better and did everything in their power to make our stay and the event the best it could possibly be!

Our immediate party booked all four bedrooms at Plantation Villa and visited several of the other cottages during our stay. (All units in the complex were lovely and the views were stunning.) The very large room with kitchen was great for a gathering spot. My only negative comment was that, by the end of the season when we were there, the refrigerators were functional but a problem – but staff promised that they would soon be replaced. Unlimited free ice from the office was a great amenity; as was the use of beach toys, fins and snorkel gear.

I will note one caveat, however. While all the young folks (thirty-somethings) were quite content to walk or cab everywhere along the beach and in to Great Harbour, the hills (and walks back from the beach bars & restaurants) were a bit much for the veterans (sixty-somethings) and I strongly suggest renting a little SUV for the week.

We’ve been to the British Virgins over a dozen times, but never stayed exclusively on land before. Jost van Dyke was just right – with one of the most beautiful beaches in the world with great restaurants and beach bars – and several ways to book day trips to other parts of the islands. White Bay Villas Staff were terrific – We’ll be back!” Trip Advisor Review  June 21, 2016

Your chat has been activated at the bottom of the page... 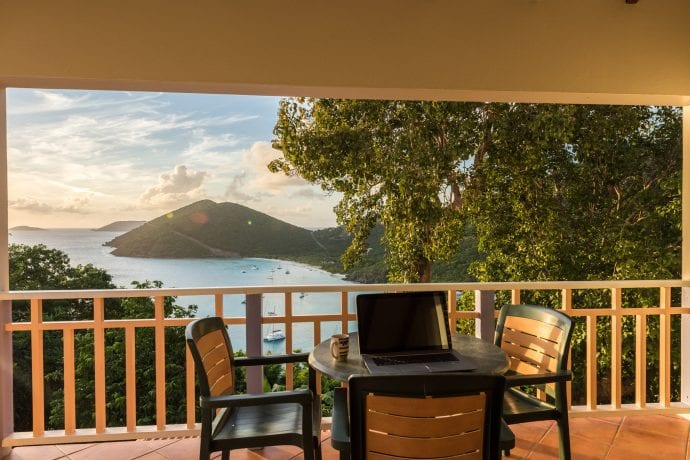 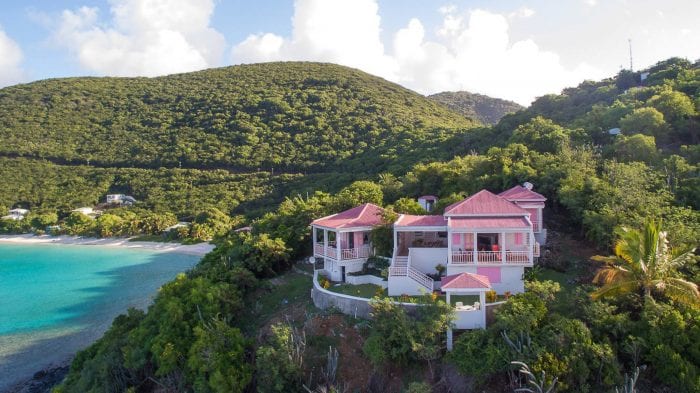 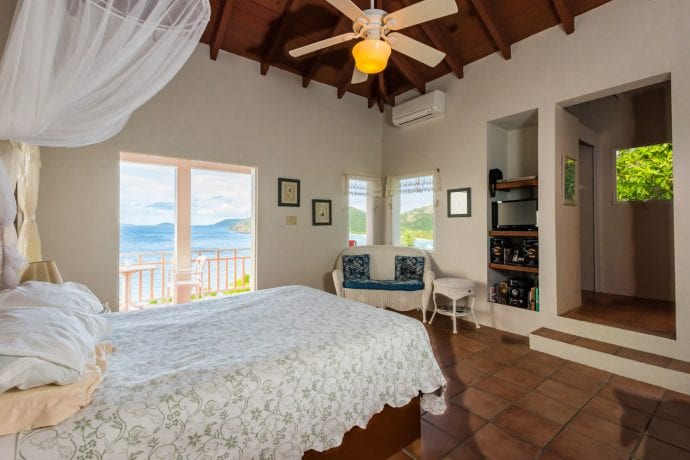 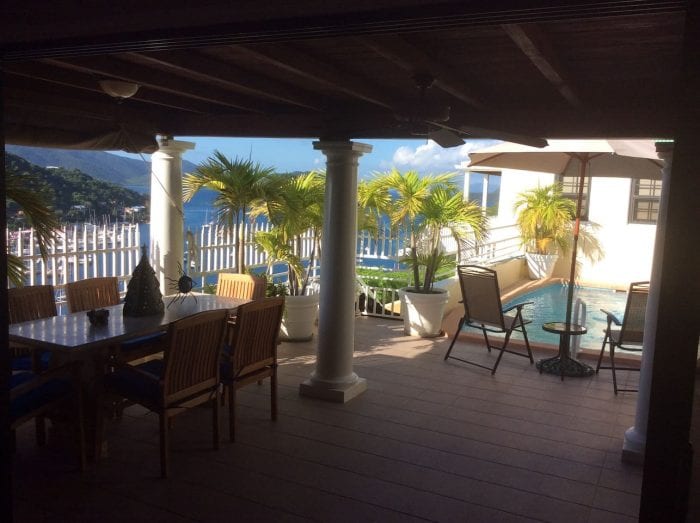