It has been three decades since the so-called ‘Gang of Five,’ including Lewis Hunte, then the Attorney General, Michael Riegels and Neville Westwood, then partners at Harneys, and Richard Peters, then an associate lawyer at Harneys, drafted the International Business Companies Act together with Paul Butler of Shearman & Sterling. The IBC Act gave birth to the financial services sector which in many ways today defines the modern BVI as we know it. The IBC Act has since been repealed to make way for the BVI Business Companies Act 2004 (the BC Act) which was enacted to modernise the company legislation and to keep pace with current requirements of the global market.

As a result, the BVI has become one of the world’s most important offshore centres. About 450,000 active corporate vehicles, limited partnerships, trust and other structures are currently registered in the BVI. In 2007 a special report in the Financial Times indicated that the BVI had the world’s second largest share of outgoing foreign direct investment. Licence fees and payroll tax from the financial services industry provide about 75 per cent of the BVI Government’s annual revenue.

How and why is the BVI such an important offshore financial centre?

The BVI’s success is built on a type of company called a BVI business company (a BVI BC), formed under the BC Act. BVI BCs have many advantages due to statutory provisions designed to encourage the use of companies incorporated in the BVI. The Registry of Corporate Affairs is responsible for ensuring that corporate entities doing business from within the BVI are duly registered and the registers are properly maintained. As such, the BVI BC must maintain a registered address and a registered agent within the BVI where certain corporate records must be kept. It must also pay annual licence fees in order to remain in good standing on the Register of Companies with the Registry.

Contrary to the position commonly expressed in much of the press, a comparatively small part of financial services work in the BVI relates to tax planning. A recent survey in Offshore 20/20, estimates that only about 12% of BVI structures were tax-driven. Although the BVI imposes zero additional tax on offshore companies, those companies still have to pay taxes in other jurisdictions at point of origin, and shareholders still pay income tax in their home jurisdiction on dividends received.

Advantages for BVI BCs include ease of incorporation and corporate flexibility. BVI BCs are relatively easy to incorporate and run. Subject to satisfying relevant client-knowledge requirements, companies can be incorporated quickly by licensed registered agents via the Registry’s online electronic interface, usually within 24 hours. In addition, company law in the BVI is designed to provide the maximum flexibility consistent with the rules of common law and equity. Companies are permitted to undertake any lawful act or activity.

The BVI BC is not the only entity which has contributed to the BVI’s success. The BVI is a centre for the registration and licensing of insurance companies, hedge funds, and structures for wealth planning such as trusts. This wide variety of flexible products is another reason why the BVI has become such an important offshore centre.

Another advantage of the BVI is its comparatively safe and politically stable environment. This provides users of BVI entities with the reassurance that their companies will be administered efficiently and effectively. Supervision is provided by the BVI Financial Services Commission which has a wide range of enforcement powers – this enables this organisation to investigate and prevent misdemeanours.

The large financial services industry which has grown up in the BVI therefore generates a significant amount of employment. Financial advisors, bankers, lawyers (including litigators and transactional lawyers), trust companies, registered agents and providers of registered addresses, professional directors, secretaries and nominees, company administrators, insolvency professionals, investment managers, accountants and auditors are a portion of the professions operating from the BVI in this sector.

The BVI’s development as an offshore services industry has been matched and assisted by the development of its legal system. When unfavourable incidents occur, companies and their users need efficient remedies designed to fit the needs of these offshore entities.

The court system gives the BVI a further advantage over many offshore centres. The BVI forms part of the Eastern Caribbean Supreme Court, comprising the High Court and the Court of Appeal, with final appeals being head by the Privy Council in London. The new BVI Commercial Court (which opened in 2009) is solely dedicated to commercial matters. It has firmly placed the BVI at the forefront of the world’s financial centres and is presided over by an experienced English senior commercial Judge.

Corporate structuring will always be driven by relevant considerations of the underlying transaction or structure. No one offshore structure can be all things to all people, however, the dominance of the BVI product in the market suggests that BVI structures can seemingly be most things to most people. It is therefore unsurprising that the BVI is now one of the world’s premier offshore jurisdictions. 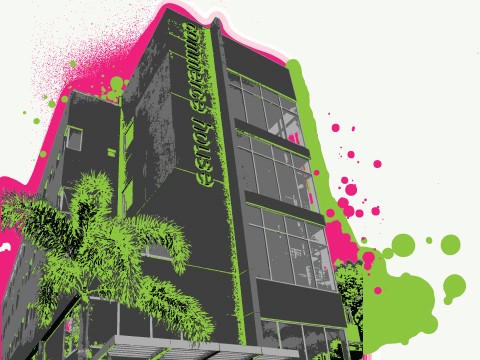 One of the building blocks for the success of the BVI as an offshore financial centre is confidentiality. The BVI Company Registry is the only public source of company information, and only limited company documents are available to the public. However, safeguards are built into BVI law to prevent this confidentiality from being abused, for example by criminal activity or money laundering. Another advantage of the BVI is its comparatively safe and politically stable environment. This provides users of BVI entities with the reassurance that their companies will be administered efficiently and effectively. Supervision is provided by the Financial Services Commission which has a wide range of enforcement provisions to investigate and prevent wrongdoing.