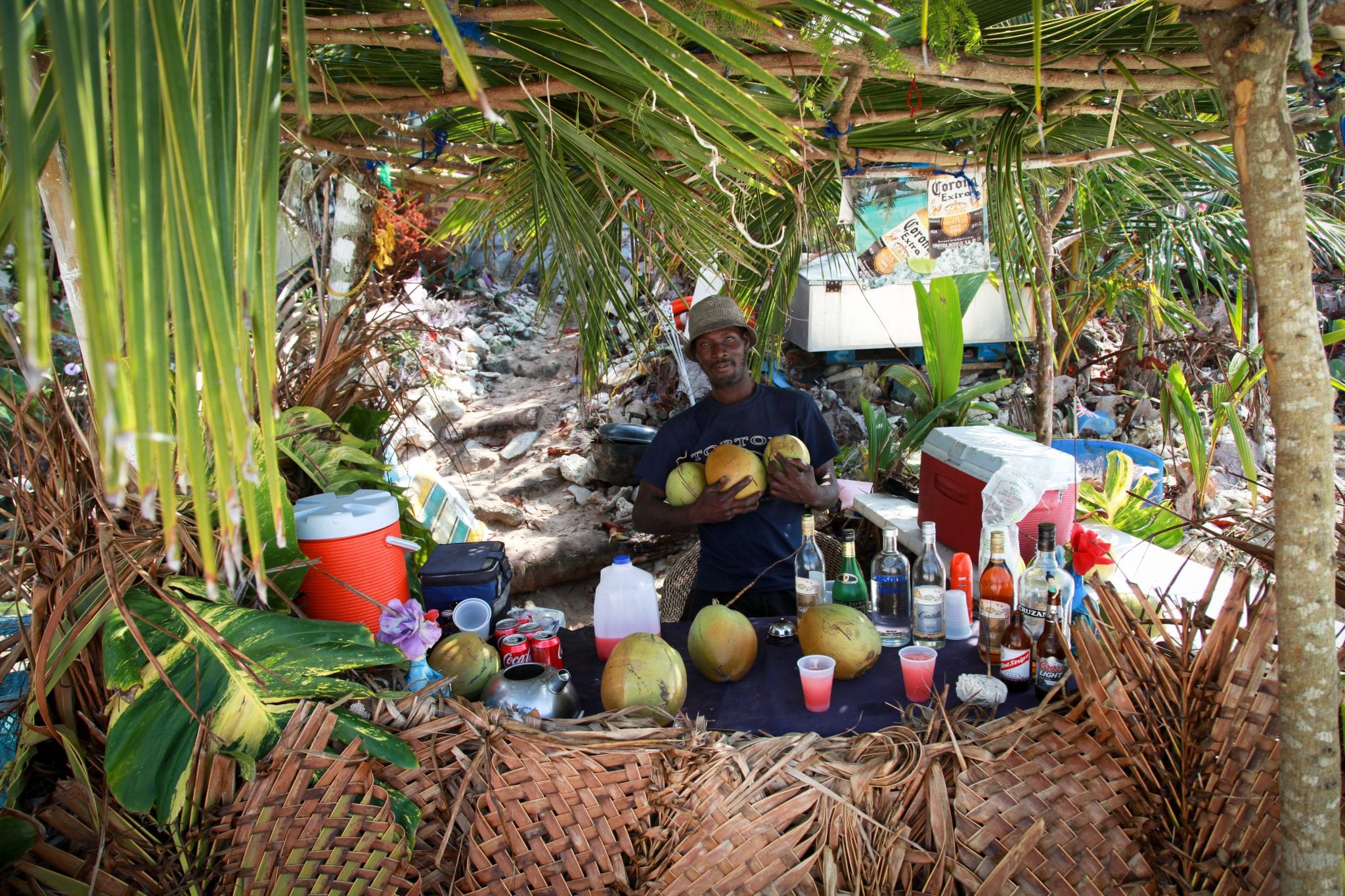 Relaxing on the beach doesn’t feel complete without a sweet and flavorful drink by your side. Beach drinks are a drink category all on their own, and typically include citrus fruit or juices, lime, coconut, sugar, and a form of alcohol, usually rum. They can be made on the rocks or blended, and without alcohol for those who prefer virgin cocktails. The origins of popular cocktails are often shrouded in mystery or controversy. Many islands in the Caribbean have their own version of each cocktail. Read on to learn how many famous drinks (allegedly) were created.

This sweet drink is packed with fruit juice, heavy Pusser’s rum and coconut cream. The recipe for the Painkiller arose from a friendly cocktail competition between Daphne Henderson and Pusser’s founder Charles Tobias. At the Soggy Dollar Bar on the island of Jost Van Dyke, the two mixed their own unique versions of the drink and hosted a taste test for the patrons at the bar. The patrons preferred Tobias’s version, prompting Henderson to joke that he had paid everyone off to win. Of course, everyone drank to celebrate afterward.

The identity of the first bartender who whipped up the piña colada is uncertain. The quintessential beach drink was supposedly created by one of the following men: bartender Ramon “Monchito” Marrero in San Juan’s Caribe Hilton; Ricardo Garcia, another bartender at the same Hilton; Ramon Portas Mingot in San Juan’s Barrachina restaurant; or 19th century pirate Roberto Cofresi, who used the piña colada as a morale booster for his crew. No matter what, many will probably agree that Rupert Holmes’s 1979 song “Escape” boosted the piña colada’s popularity with its iconic lyric “if you like piña coladas and getting caught in the rain.”

Ti’ punch (ti’ meaning “petite” in Creole) is a simple rum-based drink popular in Guadeloupe, but also Martinique, Haiti and other French-speaking Caribbean islands. Ti’ punch calls for rhum agricole, a style of rum made from fresh squeezed sugar cane juice instead of molasses. Lime, crushed ice and sugar cane syrup (or raw sugar) complete the drink. The popular way to serve ti’ punch is chacun prépare sa propre mort, which translates to “each prepares his own death.” Instead of serving the cocktail ready, the bartender or host will set out the ingredients, and each person mixes the drink according to his or her own taste.

“One of sour, two of sweet, three of strong, and four of weak.” The rum punch recipe from Rita G. Springer’s Caribbean Cookbook is delightfully poetic and simple: pure lime juice, sugar, Barbados rum and water. The history of rum punch is a little murky, and the contemporary drink varies depending on the island you’re visiting. English-German physician Hans Sloane made mention of it during his travels through the Caribbean in 1707, calling it “the common fuddling liquor” of the colonists. In 1876, New York stockbroker William P. Talboys tried Barbadian punch so good that he had “no words strong enough to describe [his] entire respect for it.”

Our last cocktail on the list isn’t so much about the drink itself, but the legendary beachside bar that serves it. Bomba Punch, a type of rum punch, comes from Bomba’s Shack in Cappoons Bay, Tortola. Sometimes referred to as Bomba Surfside Shack, the bar was built in the 1970s and quickly became an eclectic hangout for surfers and adults looking to party. Each month the shack hosts full moon parties with music and bar food. “Magic” mushroom tea and punch is served to attendees. If you think you can handle the Bomba Punch and wild crowd, check your calendar for the next full moon and head to Bomba’s Shack.

5 Secrets to Living Well in Paradise