BVI Information, from Immigration to Deportation

National Song: “God Save the Queen” 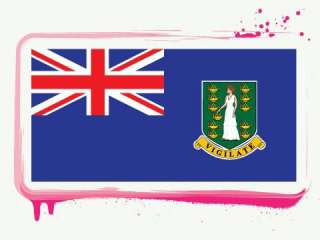 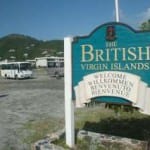 Generally, the BVI is a pretty laid back place, but a few items of social etiquette are worth mentioning if you want to fit in. It’s considered rude not to greet strangers you encounter in the BVI. Before noon, say ‘Good Morning’ whenever you enter a room, shop, car or even meet someone on the street. If it’s past noon, say ‘Good Afternoon.’ When it’s dark out, say ‘Good Night,’—note that ‘Good Night’ is a greeting not a farewell. Even though it’s a tropical environment, the BVI is more than a tourist destination, and people who live here frown upon beach attire at any place other than the beach. And even then, it’s best to cover up if walking into a bar or restaurant. The Willy-T is the only bar/restaurant where the opposite holds true—tops are discouraged for all patrons.

The BVI is classified as a British Overseas Territory. According to the BVI government website, “The government of the British Virgin Islands is legally a constitutional democracy with the Executive Authority vested in Her Majesty, Queen Elizabeth.”

The Virgin Islands Constitution Order 2001 established a new Constitution for the Virgin Islands, to replace the Constitution of 1976. Now, for the first time, the new Constitution includes a chapter setting out the fundamental rights and freedoms of the individual and provisions for their enforcement. It also spells out the title of a governor to represent Her Majesty in the islands, and for a premier and ministers, who form a Cabinet together with the attorney general. Executive authority in the BVI is vested in the queen and is exercised by the governor, who is chosen to his or her position by the queen. At the end of the day, defence and foreign affairs remain the responsibility of the United Kingdom, but laws and local jurisdiction remain the active function of the House of Assembly (HOA) which was formed under the new constitution. Together with the education minister, the governor effectively splits control over the police force.

Stretching about 21.5 square miles and housing approximately 22,000 inhabitants, Tortola is the largest and most populous of the British Virgin Islands. Road Town, the territory’s capitol and financial hub as well as the locale of most bars and restaurants, is located on Tortola. Beef Island, connected to Tortola by a small bridge, is also often included as part of the main island and is home to the international airport. To some residents, Tortola has it all—beaches, nightlife, watersports, mountains, wildlife—which is why they are content to explore all it has to offer without visiting the other islands. And while we recommend getting to know Tortola and all its secrets as much as possible, we also think the other islands are pretty special, too.

A short ferry ride from Tortola, Virgin Gorda seems like another world. The air feels lighter over there. Snorkeling among the boulders at The Baths, driving past Savannah Bay and over Gorda Peak, exploring the Caves, watching the sailboats in the North Sound and chilling out in Spanish Town bars rank among my best times in the BVI. The vibe on the eight-square mile island is very friendly with a tight community of approximately 3700 residents that includes both expats and BVIslanders. Since the island does not have the same financial district as Tortola, its central industry is tourism, and VG boasts several high-end resorts and excellent customer service.

A 15-square mile coral and limestone island, the flat Anegada is not visible as you approach until you’re about a mile away as it’s highest peak is only about 8.5m above sea level. The island boasts some of the clearest waters in the area. Relatively free from industry, self-sufficient, and with a population of approximately 200 people, the community of Anegada centers on its visitors and caters in hospitality. Anegada is aptly known for its fresh lobster. Must sees are the mile-long walks across Pomato Point, the flamingoes at the salt ponds and the wild shorelines of the west, snorkeling at . The island can be toured by foot, bicycle or scooter but not ruling out yacht, kiteboard, kayak or windsurfer. There are a lot of cows on Anegada. One rumour claims that a cunning bull, infamous for eating residents’ gardens, swam around a fence only to have a tiger shark defend the flowers by biting it. Things are big and wild in and on Anegada. Most common approaches are by air, private boat or ferries from the North Sound or Road Town.

You found us! Welcome to BVI NEWBIE, the go-to guide for loving and living in the British Virgin Islands. In these pages, you’ll find information about everything from immigrating to the islands to getting off the islands when rock fever sets in. We’ve laid the content out in its entirety in easy-to-navigate sections. To find exactly what you’re looking for, have a look at our summarized briefs below and click on the links to take you exactly where you need to be.

The British Virgin Islands is a territory of the United Kingdom located in the Caribbean, close to Puerto Rico. The BVI is comprised of Tortola, Virgin Gorda, Anegada, Jost van Dyke and many smaller islands and cays.

Our History of the BVI segment explains how names of the Islands were created and summarizes the events in the territory from 1000 BC.

BVI public holidays share some of the same days as other UK territories, but additionally have specific vacation days.

A summarized Directory of the BVI contains contact details of restaurant, yacht charters and banks.

Map of the BVI entails all the important locations in the BVI.

Also in this section: Learn about the correct etiquette and interesting BVI information such as population or national motto.

Working in the BVI

Finding a job in the BVI is complicated as one can not actively search for work while on the Island.

The immigration requirements specifically require you to have been accepted by an organisation in the BVI before you apply for the work permit. Once you are in the BVI, there are specific steps you must take for your work permit to be approved.

Starting a business in the BVI is also subject to strict requirements, particularly ownership and inclusion of locals on the development of business.

Moving to the British Virgin Islands

If you are thinking about how to get to the BVI, the two preferred methods are Ferry and Airplane. Since American Airlines stopped flying to Tortola, you might consider flying to St. Thomas, then taking a ferry across when Preparing to Move to the Bitish Virgin Islands.

Finding a home in the BVI becomes increasingly easier, as the offer of properties increases while the prices drop. See the BVI Real Estate for properties for sale.

Details on how to pick a bank can be found in the Money and Banking section. To get around, you will either need your own means of transportation or you can choose the adventurous option of hitch hiking.

There are several providers for phone and internet services – note that you don’t pay for incoming calls.

Utilities – all electricity in the British Virgin Islands is provided by the Electricity Corporation; the water supply is utility water.

If you plan to import your pet to the BVI, you have to obtain an import permit.

Waste & Resource management in the BVI is increasingly going green.

Living in the BVI

If you wish to get married, you can start in the Registrar’s Office by the roundabout. Heads up, there is no anesthesiologist in the British Virgin Islands, which can complicate having a baby. For information about how to get your child enrolled in a BVI school, read the Education & Schools section. In case of emergency, Peebles hospital provides 24 hours emergency services and is the largest hospital in the BVI health care system.

BVI is a relatively safe place, but you might see the details about Laws, Police & Crime Legal aspects and law should always be consulted with a professional, use BVI law firm if looking for law advice.

Prepare for the tropical weather, see what to do in event of a hurricane.

Watch out for unknown animals and fruits; even the national flower of the British Virgin Islands – oleander, is poisonous.

Our ferry schedules for the BVI are updated for 2013.

There are more than 46 churches on the islands. Religion is an important part of local community life. Many service organisations, like Rotary International, give back to the community.

Although there is no sales tax, there are duty charges ranging from 0%-20% (details in our duty calculator).

Location of department stores and notable differences from continental shopping are explained in the where to shop section.

Approximate cost of groceries and good tips to save money can be found in shopping and services.

Most restaurants and bars offer a traditional Caribbean experience, but the territory is home to a worldly range of cuisine.

Culture, Festivals and Events are abundant, starting with the Old Government House Museum and HLSCC concerts. As for sport and recreation activities: rugby, soccer and cricket are among the most prominent – on land of course!

The British Virgin Islands are a great place for kids. Children activities include simple beach time, hiking and even an organized playgroup, meeting twice a week.

After an extended period of time on the island, an island fever might develop, calling for getting off the rock.

All beaches in the British Virgin Islands are public to the high water mark. Popular surfing locations include Cane Garden Bay and Josiah Bay.

During the high season–November to April–dozens of boats can be seen cruising the islands. Yacht sales BVI sells of yachts every year.  The British Virgin Islands are the global Mecca for the yachting world, with the sailing events calendar peaking in March.